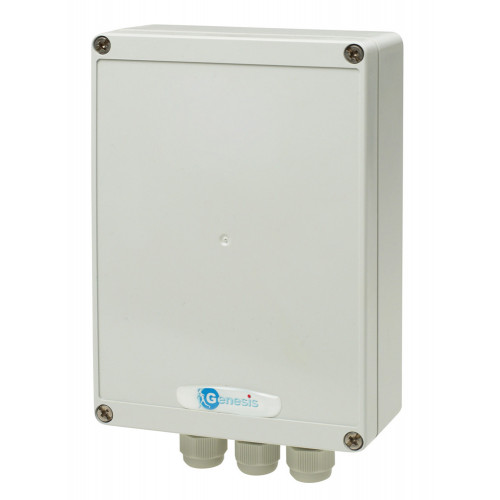 This alternative to the LGMT434 Masthead Receiver but has the addition of relay outputs which can be connected directly to the alarm pre-sets of a PTZ camera.

The unit provides either 4 alarm outputs with corresponding tamper outputs or eight alarm outputs without tampers. DIL switches set the different modes as well as the unit code groups. Expansion units are available to increase the number of alarm outputs. There is no limit to the number of LGMRU4x4 units that can be used on any one system. This unit can transmit information as well as receive it which means it will transmit back to a Walk Test Instrument to show all received information as well as signal strength back at the masthead. In this way the installer knows that the detector is working correctly and also that it is being received by the system. In addition, it can perform as a repeater for systems that require greater transmission operating distances. An optional aerial (AE434) may be used Instead of the supplied aerial for improved reception.